Making moves: Qsome takes the struggle out of vaccination queuing 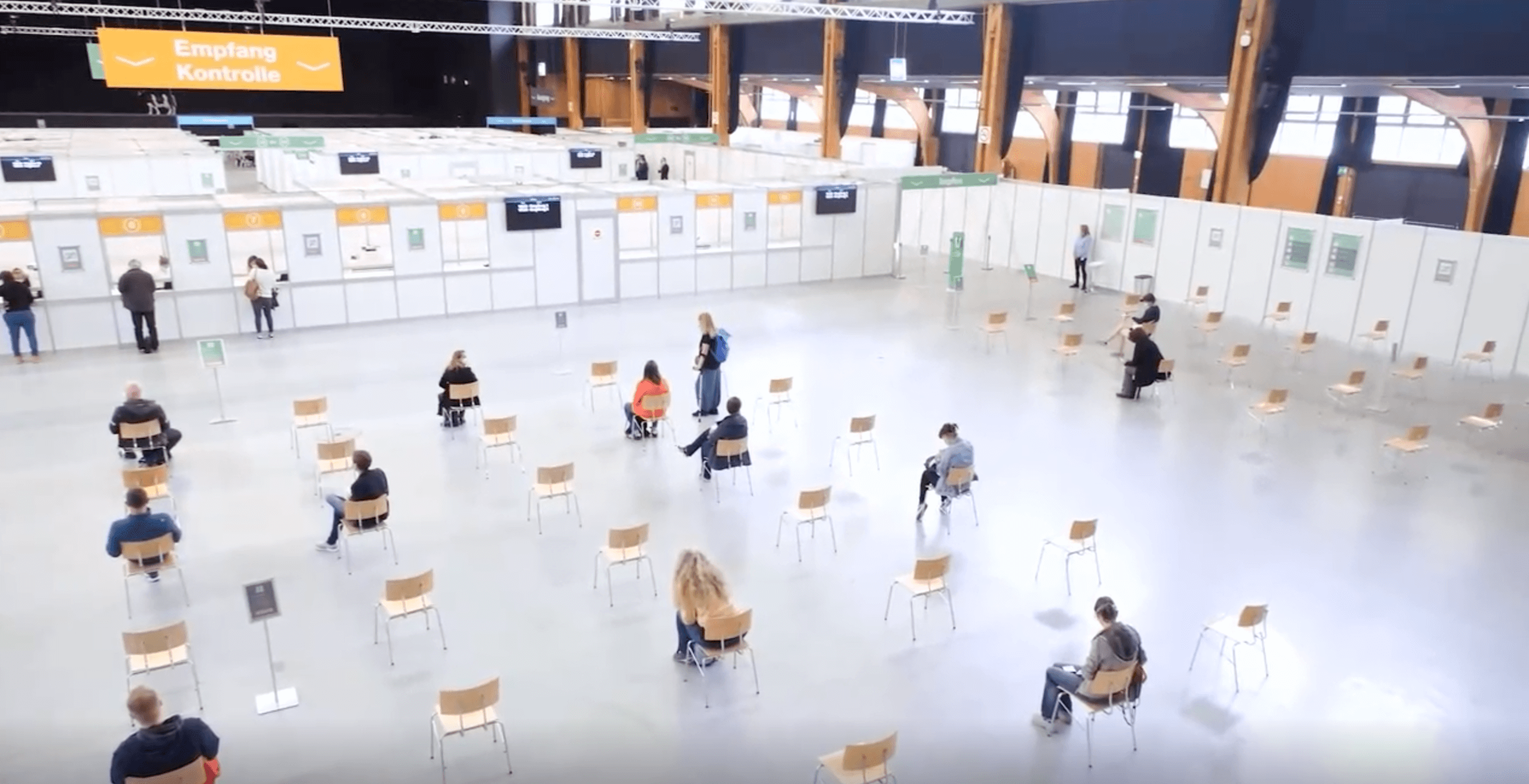 In theory, the vaccination process looks seamless. You show up for your appointment at a given time, get a vaccine with no delays, and feel calmer about protecting yourself and others.

In real life, though, it may look very different.

Vaccination campaigns can take a heavy blow from queue mismanagement, poor time optimization, and technical glitches. You‘ll see frustrated staff and long queues of anxious customers – perhaps thinking of 1000 better things to do instead of standing in line.

Zurich is among the places where the procedures didn’t go as planned. Vaccination centers here used a self-developed queue management solution, which became a major challenge with multiple unknown variables.

Soon after the vaccination process started, it got plenty of bad press. The media insisted that Zurich was off to “a sluggish start,” and the centers were “dragging feet over Covid vaccinations.” The queues were growing – and so was client dissatisfaction.

After all, Zurich was a place with a relatively centralized population, a highly advanced healthcare system, and enviable access to resources (in one of the world’s wealthiest countries). And it still struggled to vaccinate its population smoothly.

So what exactly happened down the road? People had many theories about it.

Some said the queue management solution has fallen flat due to less-than-perfect IT systems and infrastructure. Others pointed out the mistakes made by cantonal authorities. Some said it was a general lack of “accountability culture.”

Stepping in when the going gets rough

Then there was a turn of events. The Swiss news outlets announced Zurich started cooperating with the Canton of Bern and received ready-made tools that had already proven themselves.

That’s how Qsome stepped into the picture.

We did, indeed, have a track record already. In January, Qsome was integrated into the first vaccination center in Bern, Switzerland. It was well prepared to manage queues and process high numbers of people safely.
Asked about the price of the previous Zurich solution, the authorities didn’t want to reveal it. No information was given on any financial details of contracts.

In such situations, it’s tempting to look back, finger-point, and over-analyze. However, looking back is not how you move forward.

After our solution was chosen, our goal was very clear – to create a smooth, safe, highly intuitive flow that would allow for cutting down customer waiting times, average service times, and the number of people in lines.

And that’s just what we did. 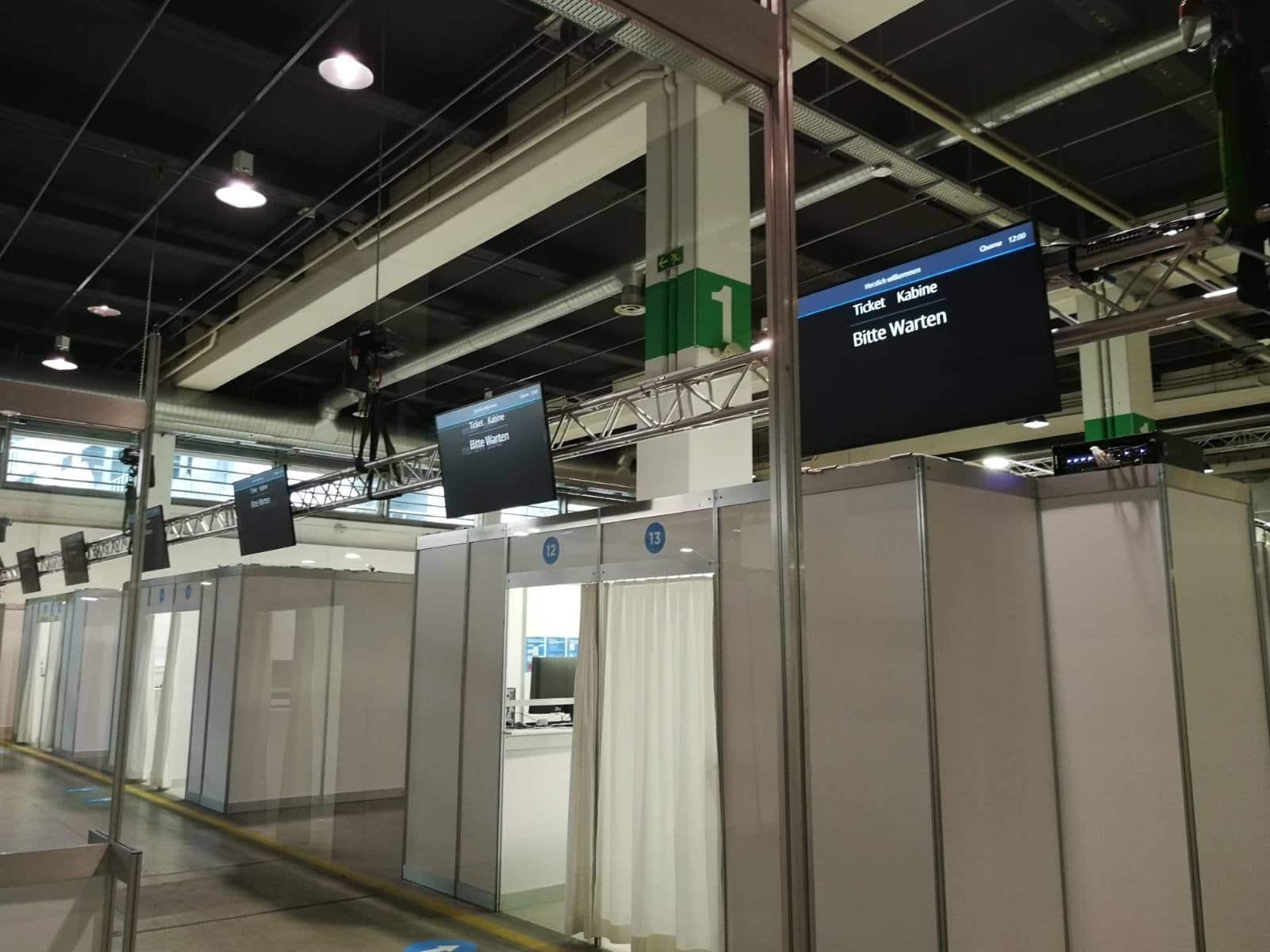 Our team believes you can’t be too safe. And when it comes to fighting the pandemic, you want to put in all your effort (and then some). Right now, Qsome solution for managing queues is used at Oerlikon and Horgen vaccination centers.

Let’s put it simply. There’s “busy,” “really busy,” and then there’s “Oerlikon busy.” The center handles as many as several thousands of people every single day.

Qsome was prepared to deal with the big load.

Kilchenmann AG company was there to help us set up the terminals and screens. After all, we believe in tried-and-tested methods (and trusted partners).

But here’s one more thing: sometimes, for greater stability, you need flexibility. And we wrestled with one thought – could we offer something NEW in our ways of queueing? Something tailored specifically to Zurich vaccination centers?

That’s how we introduced live queuing. People would wait in a live queue until the screen navigated them. Live queue routing is based on innovative technology, but the basic idea is simple – to communicate effectively with check-in desks for their availability; then quickly route people to the first free desk.

How it works in real life

We’re glad you asked. Let’s quickly walk you through the process.

The live queue manager helps direct people and manage the availability of check-in desks. Live queue screens navigate customers – they show an available desk where a person has to check in.

After performing a check-in, a client receives a ticket and is directed to the vaccination area. Here, everyone waits until the Customer Information Screen (CIS) shows it’s their turn.

When a patient gets the vaccine, he/she is then directed to the relaxation area. There’s a pre-configured time dedicated for rest, depending on the vaccine the person received. An automated robot gives notification when the recovery time is up.

One critical part of the live queue routing: it divides crowds into smaller groups of people. Increased distance reduces the risk of virus transfer among people.

We’re all about safety – and we know it doesn’t happen by chance.

● Overall, 30 lanes were configured in the Oerlikon building (30 vaccination stations were built).

● Lanes were completely isolated – allowing the vaccination of large crowds in an effective way.

● While writing this article, even more lanes were requested for heavier traffic.

● There are many ways to stand out from the crowd. We focus on flexible queues & lanes management, customizable ticket design (where you may add specific instructions), and the ability to identify patients with their unique appointment IDs.

What the future holds

After a successful stress test – giving the first batch of 300 vaccines and trying out every possible scenario – Qsome solution was deployed in April 2021. So far, a total of 150,000 people have been vaccinated in Oerlikon and Horgen vaccination centers.

And for us, it‘s not only about keeping the queues neat and organized. It‘s also about bouncing back to reality we’ve all missed. It’s about life’s simple pleasures and daily rituals that are now put on hold.

Reading the morning news on the bus. Hugging your grandparents. Booking tickets for your next vacation. Meeting with friends for delicious butter croissants and frothed cappuccinos.

Or simply sitting in a public park, where everyone’s doing their own thing, and you – in a strange way – feel like you’re a tiny part of the whole.

We want to help bring back the buzzing rhythm of life. And our team has just signed a deal with another vaccination center in Bern – far larger than the first one.

Yes, it‘s an uphill task and a big aim. But caring about people is never a losing game. 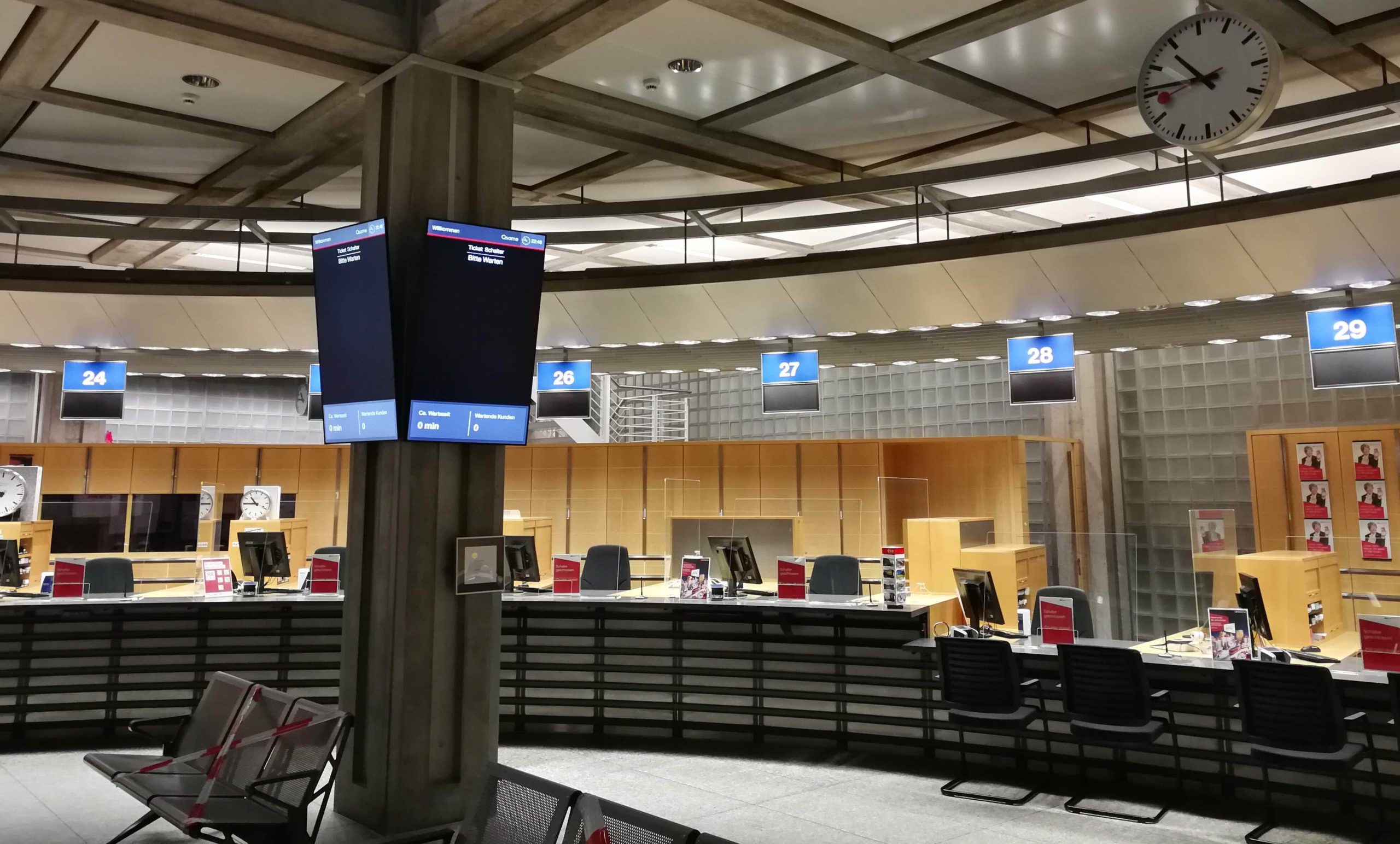 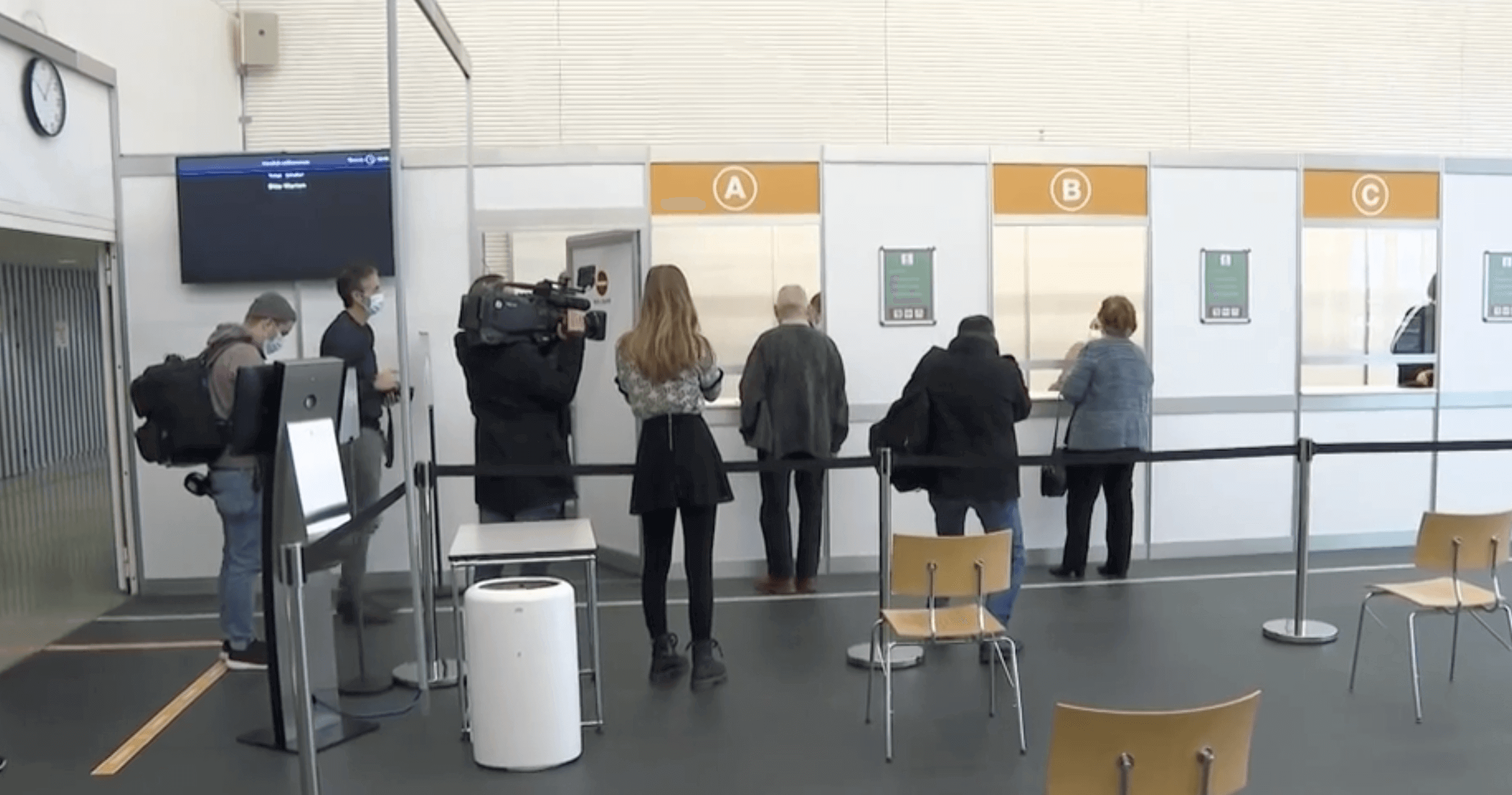 Qsome was integrated into the first vaccination center in Switzerland 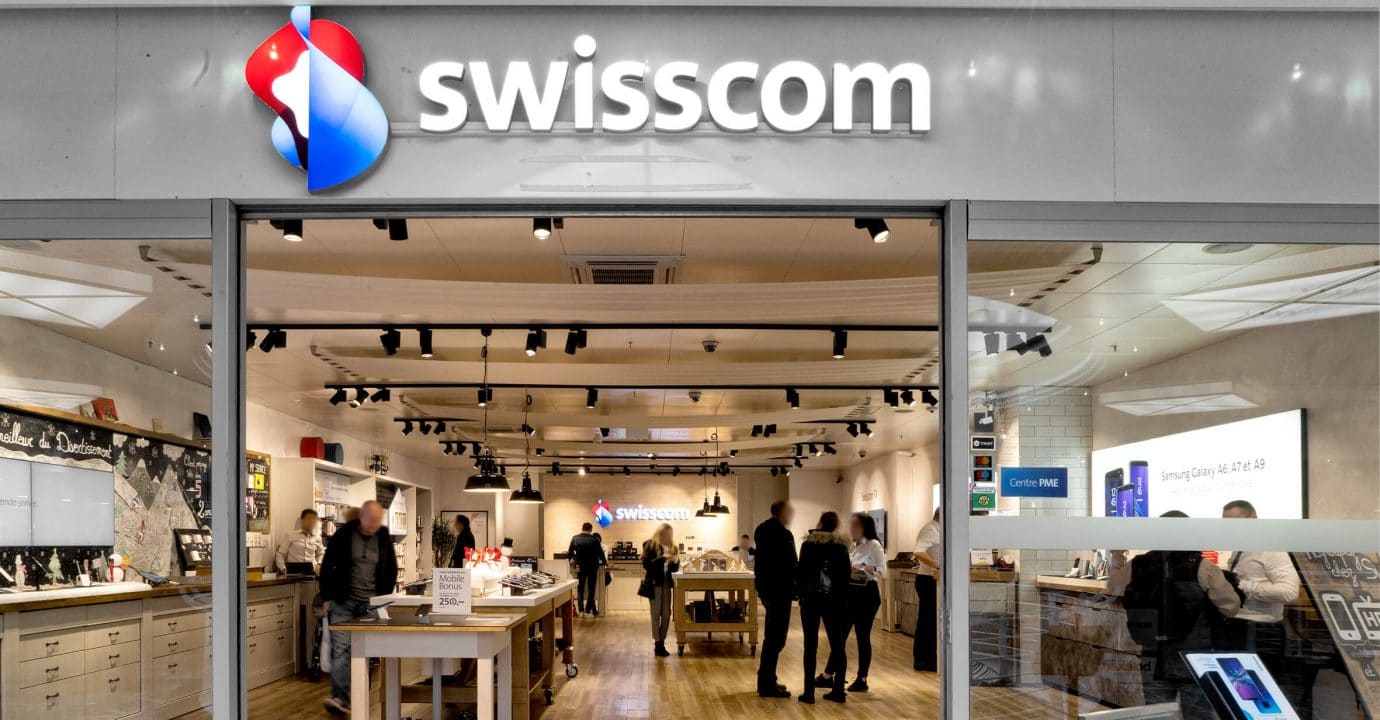 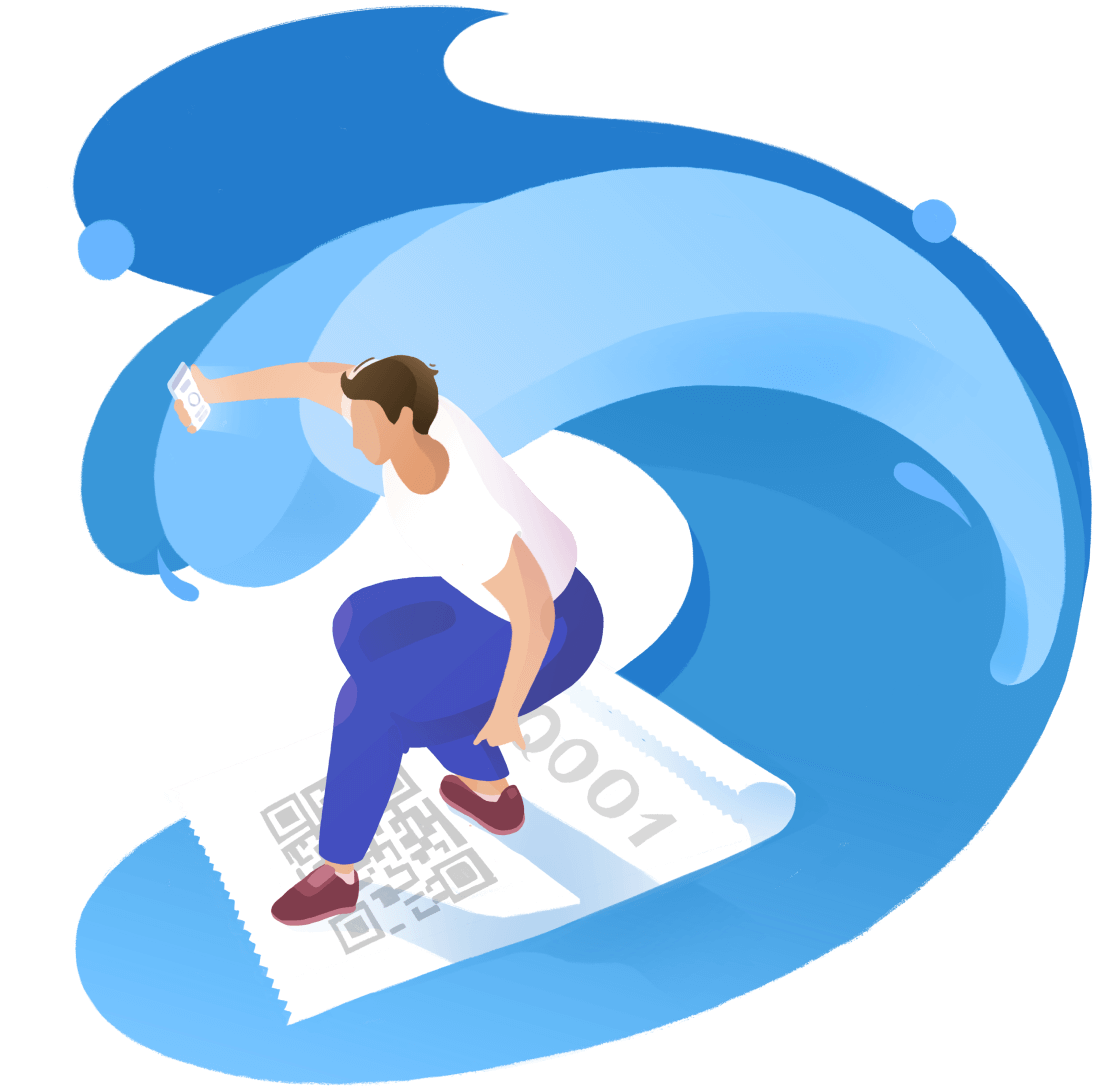 Take control of your customer journeys.

Qsome is the next generation solution for managing customer flows and queues at service points.

We are a skilled and experienced team of software engineers and designers that strives to create great products every day.

Qsome is a product of enov8 GmbH, an IT consulting and development company based in Switzerland.